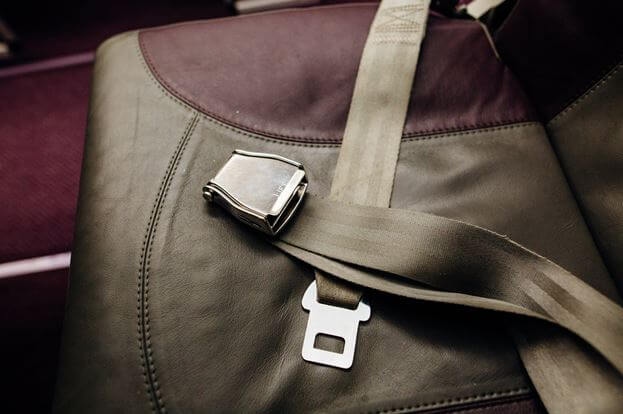 Auto body shops in places like Naperville, Illinois nowadays have it tougher than ever when they're dealing with car repairs, customizations, and upgrades. After all, the technology that comes with a new vehicle has been made to be more complex and elaborate than in previous generations — a result of how car safety improved through the years.

Now, you might be thinking of equipment such as airbags — for passenger side and for the driver, three-point seatbelts, and brake systems. However, so much more has been done to make driving safer.

The first recorded fatal car accident which occurred on August 31, 1869 in Ireland is believed to be the catalyst of this evolution in this field. Here, a woman named Mary Ward fell forward from the road locomotive she was on as it went past a sharp corner. The same vehicle drove over her head, killing her instantly. But while it was unfortunate, the incident was what people needed to realize the dangers of driving.

Efforts to add more safety features to a car began soon after. For example, the use of windshield wipers on glasses as we know today originated in 1903 when Mary Anderson patented the first-ever wiper blade. Back then, it was a simple manual device that was operated by hand.

However, it wasn’t until 1922 that a truly solid reaction to the 1869 accident was made. That year, Duesenberg model A’s four-wheel hydraulic brake system was introduced as the first device of its kind to be incorporated in a car.

And then in the 1930s, more efforts followed suit. Safety glasses became a standard on all Ford cars, which also meant that services such as windshield crack repair had to be updated. In 1934, General Motors performed the first barrier crash test. And in 1936, Hudson Terraplane invented the back-up brake system

More developments happened even afterwards. In the next decade, the first cars with airbags, padded dashboards, and disc brakes began to be introduced and standardized. In the late 1950s, Volvo introduced and standardized the use of three-point seat belts. That same year, the headrest, which adds more protection to the head and neck of a driver or passenger in case of collision, also became part of the circulation.

The 1960s was a decade when manufacturers improved existing technology and authoritative bodies made laws requiring such devices to be incorporated into vehicles. For example, it made seatbelts to become compulsory in many states and countries. And the same sort of movement was observed for side marker lights, white reverse lights, and collapsible steering columns.

In 1966, the anti-lock braking system was introduced to land vehicles (having previously been used in aircraft only), starting with the Jensen FF. During the decade, more types of seat belts were also introduced such as the inertia-reel seat belt.

That is when collision repairs started to be a bit more complicated because electronics became a much bigger part of this progress by the beginning of the 70s. It’s nothing to worry about if you’re in a place like Naperville, IL where local shops are known to be updated and highly knowledgeable about the field. In any case, however, there was a huge jump in technology in that decade.

It was at that time when SRS and passenger airbags became more common. Aside from that, Ford began offering rear-wheel anti-brake lock systems, and Mercedes-Benz introduced the first electronic version of the said device. In the 90s, the same company also spearheaded the development of electronic stability control or ESC. Meanwhile, it was Daimler that introduced the first-ever emergency brake assist system — which gives a vehicle additional stopping power for a shorter amount of time.

By the next millennium, cars would not only have electronic devices onboard but also automatic ones. Honda was the first to release cars with automatic braking in 2003. And it was followed by higher technological improvements such as the blind spot information systems (BSIS) and motion sensors, and even artificial intelligence in the coming years.

When one of these highly advanced devices malfunctions, you usually won’t be able to fix your vehicle on your own. And even if you take it to a shop, there are cases when their technicians won’t be able to perform the service you need due to lack of equipment or updated knowledge.

But if you live in Naperville, Illinois, then there’s no reason to worry about such a problem. We at Justice Automotive & Collision Centers are readily available to provide you with the service you need. Whether you’re just looking for auto glass replacement near you or you’re in need of a highly-skilled collision repair technician, rest assured that we’ll be able to do the job. We are in the loop for even up to the latest car technologies, knowing that you need all of it to ensure safe driving on the road.

We use cookies to ensure that we give you the best experience on our website. If you continue to use this site we will assume that you are happy with it.Ok